Not long after we opened our shop in Tadcaster, a customer came in looking for a pattern for a cable knit cushion. At the time we didn’t have anything like that so I decided to write one. The result was a chunky knit cushion in a heart cable which fastens at the back with rustic coconut buttons. 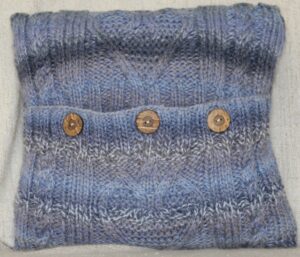 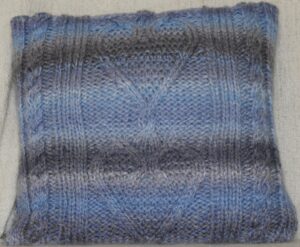 I’ve knitted a few versions of this cushion over the years in various yarns. The original one is done in Sirdar Escape and I bought lots of different shade of this yarn, selling kits for customers to make their own cushions. The kits proved very popular, containing the knitting pattern, the yarn and the buttons.

Some customers wanted to use a different yarn so, if they bought the yarn from us, we would let them have the pattern for free!! 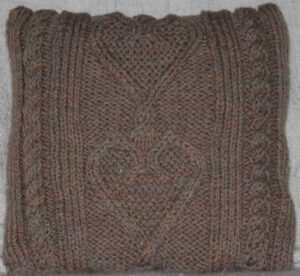 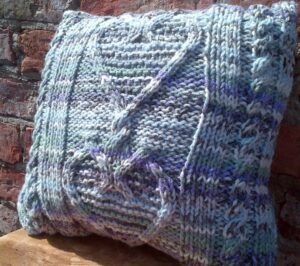 Today I met my friend Karen and her 3-year-old daughter for coffee at Moo Café in Boston Spa and look at these cushions they had, I was so excited when I spied them through the window!! 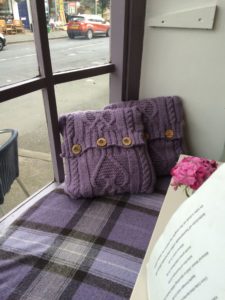 They are surely knitted from my pattern and it was such a thrill to see them.

I asked the lady, who served us with our delicious coffee and cake, where they had got them from and she said they had come from a charity shop!!

This got me wondering who had knitted them and how they had ended up in a charity shop. Also racking my brains to see if I could remember who might have bought this pretty heather shade of chunky yarn (which looks great with the tartan blankets that Moo already had) from me.

Whoever they are has certainly put some time into knitting them up beautifully and added their own interpretation as, instead of  sewing them up so that the 2 heart cables sit at the front of the cushion as I do, they’ve put just one single heart in the centre which looks different but I like it!!

Do you know who knitted these cushions? Do they know what home they’ve found? They look like they were meant to be there!!! 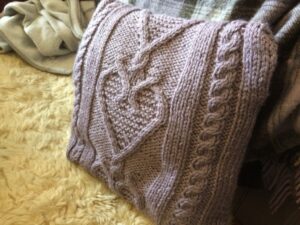 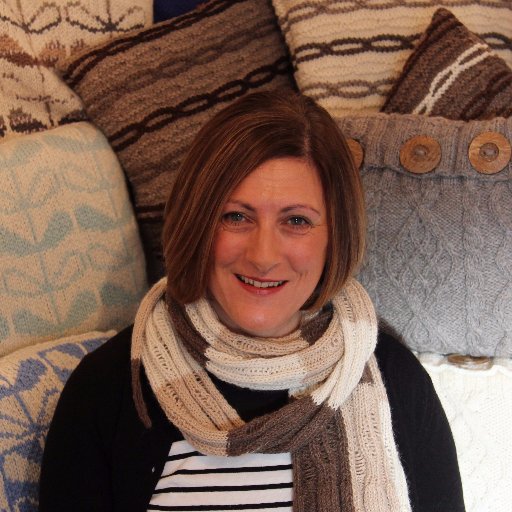 My name is Judith and I love all types of needlecraft, particularly knitting! Now that our shop has closed, I am looking forward to lots of inspiring adventures and explorations, trying to find out what new and exciting things I can create and learn in the wonderful world of textiles.
Recent Posts